People are growing more and more concerned about how their actions and behaviors affect the environment. The consequences of climate change are no longer just predictions. They are here and happening right now.

As a result, there has been a shift in people’s lifestyles. Shopping second-hand, for example, is a trend in fashion and interior design. Meanwhile, a growing percentage of the population has switched to veganism or vegetarianism for health and environmental reasons. Others are continuously learning what they can do to ensure that their lifestyle is not causing any more damage to the planet.

Many tips that purport to fight climate change involve making major lifestyle changes such as eating less meat and animal products, not supporting fast fashion, and switching to renewable sources of energy. While these acts make the most impact, there are smaller things that can also contribute toward the preservation of the planet for future generations.

Plumbing Can Be a Health Hazard

The health hazards of bad plumbing are well-studied and well-known. If, for example, pipes have been damaged, contaminants can enter and expose residents to various diseases. There are dozens of substances — both organic and inorganic — that can contaminate the water system and lead to illnesses. Contaminated water is unsafe to use, especially for hydration.

Most of the time, people call a plumbing contractor when they notice changes in the water coming out of their tap. There may be alterations in color or appearance, the odor, the taste of the water depending on the root of the problem.

The metallic taste in tap water is caused by the presence of too much iron which occurs in homes that use well water most of the time. However, it can also happen to those who are connected to water from the city.

The metallic taste can also be explained by the presence of other types of metals, some of which can cause serious health hazards. Manganese, zinc, copper, and lead can also create a metallic taste in tap water. Lead, in particular, is very dangerous because it can build up in the body and cause adverse health effects.

But, aside from the health impacts of bad plumbing, there are other consequences that people should worry about. 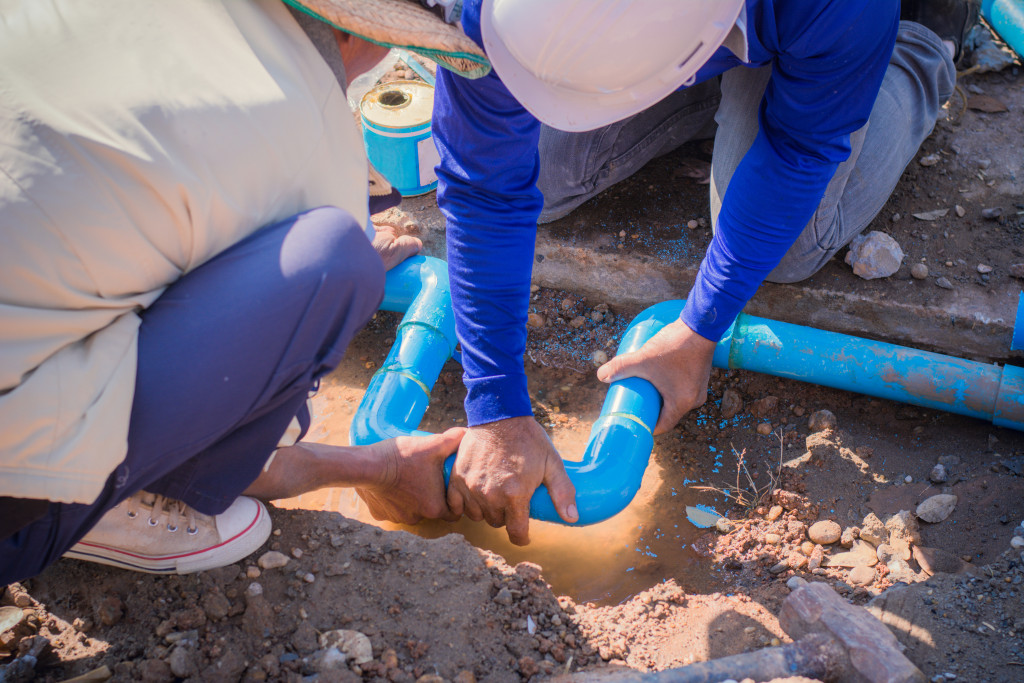 Plumbing Can Be an Environmental Hazard

Plumbing requires to be updated from time to time because, like most things, it is subject to wear and tear. After a while, the pipes that deliver water from the source to your tap naturally rust and corrode. When that happens, it is time to change it.

However, inefficient plumbing systems cause all sorts of problems. First, it can cause waste leakage that pollutes the environment. Trash is already a huge issue everywhere. Homeowners do not want to further contribute to an increase of trash ending up in nature.

Moreover,  bad plumbing systems wastewater. Contrary to popular belief, water — at least, drinkable water — is finite. Already, many places around the world are seeing shortages in drinking water, some extending for several months. Water, when it goes through leaky pipes, is wasted. Not only will you see your utility bill increase, but you are also wasting something valuable.

In addition, researchers are now investigating the environmental impact of corroding pipes. It turns out, old pipes are not just health hazards. They can negatively impact the environment, too.

When plumbing deteriorates, contaminants mix with drinking water which may lead to the loss of the water resource itself.

The American Water Works Association reveals that the United States will have to spend $325 billion in the next two decades to upgrade water distribution systems all over the country.

Saving the World Through Plumbing

There are, of course, other ways to combat climate change through plumbing. A change in behavior, such as taking shorter showers, will have a positive impact on the environment. We all have been taught to switch off the tap when not in used to conserve water — an act done not just to lower utility bills, but to prevent wasting water, too.

Moreover, homeowners can install and start using eco-friendly plumbing solutions like low-flow showerheads and water-saving toilets. They can also invest in geothermal or solar water-heating systems to save energy without freezing while in the bathroom.

The worsening climate change happened because of careless acts that, over time, grew to become a large problem. However, it can be reversed as long as everyone is willing to make lifestyle changes both big and small. Plumbing is just one way to protect the environment from destruction.