Some people find it nearly impossible to calm down when exposed to heights. While it’s natural to feel uneasy in high places, others can’t stand being there for too long, feeling the effects of vertigo and panic setting in. Varying degrees of this fear exist. Some can tolerate a Ferris wheel ride or an aeroplane trip, others can’t wait for it to be over.

Nik Wallenda is a wire walker who walked blindfolded on a high wire 500 feet above ground. This was done between two buildings known as the Chicago Towers, without any safety harnesses.

How do people like wire walkers stand such a height and overcome their fears?

Fear of Heights: Natural vs Learned

Experiments on infants show that most babies avoided crawling over a glass-covered precipice. It was believed that they did this because of intrinsic fear. However, research has shown that fear may not be the case. The infants didn’t avoid the crawl because of the fear of heights, but rather sensed their arms and legs weren’t equipped to navigate the perceived drop. To supplement this finding, the infants never showed signs of stress or crying, in fact, they were smiling.

The test was done on babies because cultural factors become involved in later life.

Wallenda grew up in a dynasty of rope walkers, so his fearlessness may be a result of him growing up in that environment. The death of his great grandfather in 1978, also due to wire walking, didn’t stop Nik from doing the same. Wallenda admits that wire walkers do have to build confidence, starting with lower heights and safety measures. Gradually, the height increases and safety measures removed. Wallenda also learned not to look down, saying that you’ll lose balance. Instead, a wire walker should look at the other side.

A fear of heights can be the result of two things, trauma and genetics. A person may have fallen or witnessed a traumatic event from falling off a high location. Genetics, on the other hand, says that we are all afraid of falling. Evolution says to keep away from dangerous situations that may result in death. 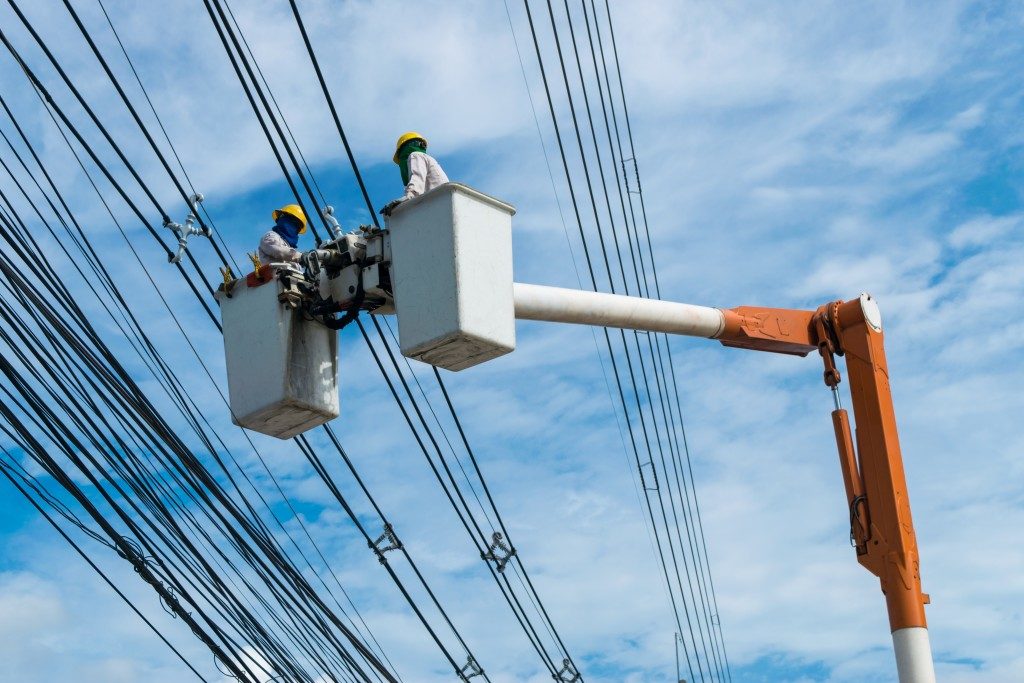 If you witness a friend experiencing a panic attack from a Ferris wheel ride, you should know that they won’t be able to process information properly because of the shock. Instead of reassuring words, the first order of business is to stay with your friend and move them away from the view (making them look at the floor). Speak to your friend in short sentences and be as calm and predictable as possible. Ensure as well that they’re not in danger and will return to the ground soon.

For some people, the fear of heights cannot be fully eliminated, but rather controlled. If you’re lucky, fear can be overcome by:

Therapy – Counseling and hypnotherapy are effective strategies for phobias, including a fear of heights. There’s nothing like confronting your fears by talking about it openly to a skilled professional. Other forms of therapy include acupuncture, mindfulness courses, and nutritional therapy.

Exposure Treatment – Otherwise known as immersion, exposing yourself or someone afraid of heights can desensitize the fear. Start by looking down from the second-floor balcony; once you’re feeling confident, proceed to higher floors. Another example is starting from flying fox play equipment in the playground. Eventually, you’ll be ready for a fully blown zip-line in no time.

Medications – Some jobs require exposure to great heights. Medication isn’t a cure, but is a quick time solution in avoiding panic attacks. A consultant or GP should be spoken to before taking such medication.

Not everyone is like Nik Wallenda, accustomed to walking great heights and maintaining composure. For an ordinary person to conquer their fear of heights, practice makes perfect. Expose yourself to high places and don’t attempt to look away or keep holding the guard rails; these actions only reinforce your fears. Instead, take it step by step and take it one day at a time.