Generations have taught us that men are supposed to be handy around the house while women must cook and clean. Over the years, these gender rules have changed. Women are now career-oriented. Men can stay at home and do what women usually do. But there are still sectors of the society that look down on these reversed roles. As a result, many men feel they are inadequate when they can’t hammer a nail or replace the drywall.

There’s a misunderstanding that these gender roles are irreversible. Why should you expect that men know how to use those cordless power tools they bought online? Why are women supposed to ask help when they get a flat tire? When men ask for help to do things around the house, they often feel dejected and embarrassed. Here are the three kinds of emotions men feel when they have to call a professional handyman to fix the house:

Some men feel embarrassed that they have to call a handyman to fix the plumbing system or the electrical wires. They apologise for being inept around the house. They feel that it makes them weak when they don’t know how to hammer a nail or treat termite damage. Handymen often have to reassure these men that changing a cabinet door should not be in men’s DNA. Some are good at it, and it shouldn’t be a problem if others don’t even know how to unscrew a hinge.

If you feel this way, keep in mind that you’ve also helped someone with something. If you’re an IT professional, for example, you have surely helped someone deal with a rather simple technical issue. It isn’t embarrassing to seek help. 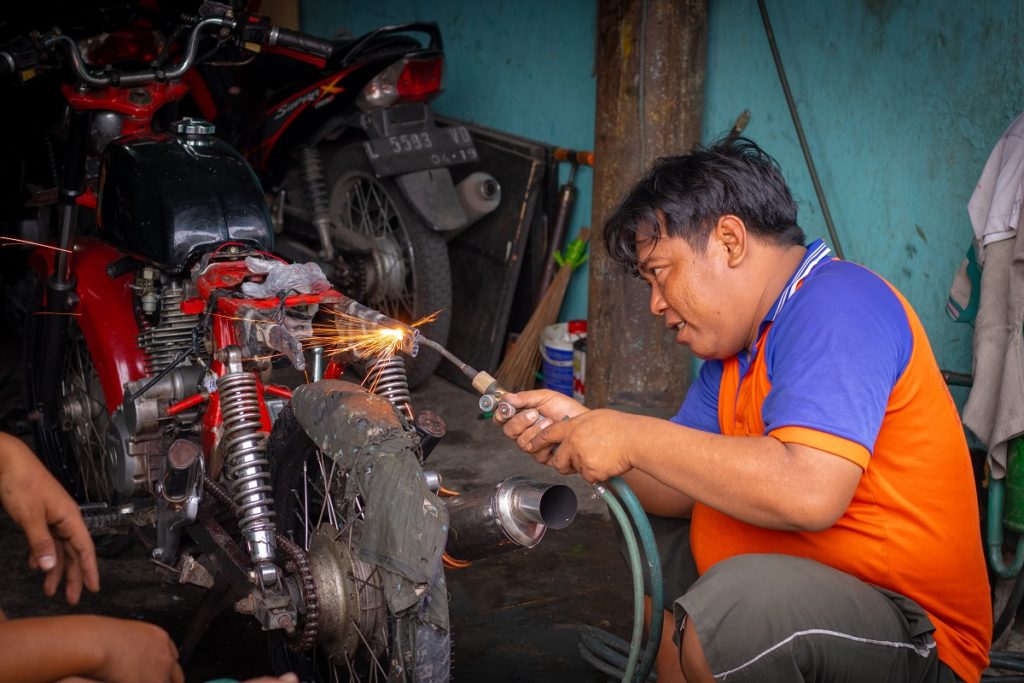 Many men often feel the need to assert that they know how to make repairs around the house “if only they have the time for it.” While this can be true, it does not need to be said. It shows insecurity for the lack of a better term. It indicates that many men are embarrassed about having to pay another man for a job that society says he should be able to do.

Men in richer neighbourhoods often have to assert that they are far too successful in dealing with home repairs. They are too wealthy to even think about fixing a cabinet door. Often, classism is the reason they haggle with a professional handyman. Why do they have to pay $100 for a handyman to fix a kitchen cabinet? They don’t realise that it takes years of experience (and the right tools) to be good at what handymen do.

While not all men fall under these categories, there are plenty who feel the need to defend themselves for not knowing their way around the house. You can blame society and its explicit gender roles for this. As long as our society follows antiquated gender norms, men (and women) will suffer from such inequalities. But if men make a conscious effort to acknowledge that they, sometimes, need help, they can get past these insecurities of not being handy in the house.