Some 28 percent had purchased the home recently and wanted to put in their personal touch on the kitchen, while 14 percent felt inspired to do some changes.

Almost all or 94 percent of kitchen renovations include complete or partial cabinet upgrades. Among these, 63 percent of homeowners are replacing all cabinets. Among those doing only partial upgrades, 60 percent are changing the exterior finish, while others are adding more cabinets, replacing cabinet doors, replacing some cabinets, and refinishing the interiors. Some 13 percent are adding walk-in pantries.

The other top upgrades in kitchens are countertops at 88 percent, backsplashes at 83 percent, and sinks at 80 percent. These are followed by faucets, light fixtures, flooring, appliances, wall finish, windows, exterior doors, interior doors, and electronics.

For backsplashes, the majority, or 54 percent choose porcelain or ceramic tiles. Smaller percentages choose marble, engineered quartz, granite, and quartzite. The majority or 68 percent choose full coverage reaching the bottom of the range hood or the cabinets. 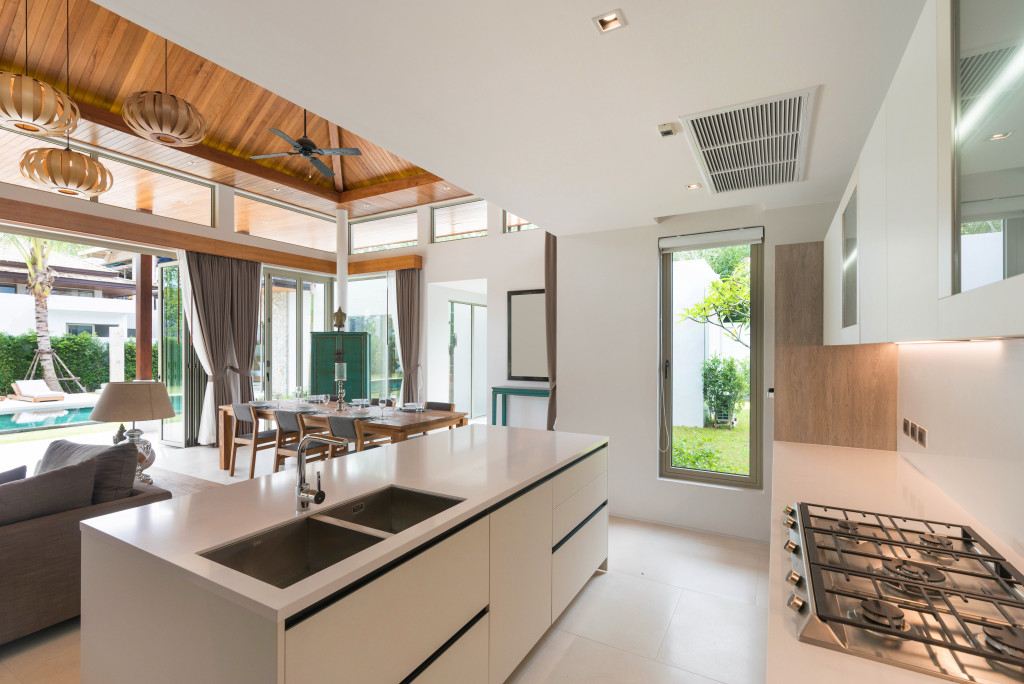 The most popular upgrades for kitchen electronics are a charging station for mobile gadgets at 41 percent, a home assistant at 35 percent, and wireless speakers at 31 percent. These are followed by a kitchen tablet, and a kitchen computer.

Kitchen Shape and the Kitchen Island

Among all homeowners doing kitchen renovations, 32 percent are adding an island while 23 percent are upgrading an existing island. 81 percent are either square or rectangular, but sizes vary from less than six feet to more than seven feet. Some 40 percent have engineered quartz countertops, followed by 28 percent with granite. Others have a butcher block, quartzite, or marble.

Almost all are adding storage to the island, mostly through cabinets with doors. About 20 percent install a sink and a faucet on the kitchen island. Above it, 62 percent hang pendant lights, 33 percent install recessed lights, and others hang a chandelier, track lights, or a fixture with a fan.

44 percent of homeowners are changing their basic kitchen layout. Among them, 38 percent favor the L-shape and 31 percent favor the U-shape. Lower percentages favor a galley shape, a single wall, or other shapes.

After renovating their kitchen, 70 percent of homeowners also use it for dining. More than half entertain there, 46 percent socialize there, and 23 percent do their work there. Some 15 percent watch television in the kitchen and nine percent read there.

Remodeling the kitchen area makes it serve multiple purposes for homeowners, not only extending usage but the joy it brings to residents.