The Oscar-winning horror film Parasite (2019) has made waves in the film-making arena, from its brilliant cinematography to the ingenious plot of the movie. It was a movie that blew the minds of not only its Asian viewers but also the West. The film is about class discrimination and greed. The plot shows how the social gap between the two main families (the wealthy Park family and the impoverished Kim clan) creates a parasitic relationship that ends badly.

The modern house where the Park family resides in the film is one of the central elements that give the feeling of  “horror” to its viewers. But why does this house’s architecture play a big part in the unfolding of horrific events? The house in Parasite has earned fame and attention because of its luxurious design and modernity. If you’ve seen the movie or are at least familiar with it, the first thing you’ll recognize is the house.

The modern architecture of a simple yet expensive home can be seen from the start. The house itself, at first glance, looks like any other simplistic modern house, with simple exteriors, clean and sophisticated flooring, and  upper-class interior design. It’s a home anybody would dream of living in.

How Architecture Plays a Part In Horror

Without a doubt, the house in Parasite seems innocent and welcoming. It’s a house that evokes the feeling of safety. However, be reminded that the house exudes some element of eeriness throughout the movie. It also doesn’t help that none of the characters know everything about the house except for the housekeeper. The house is a labyrinth for the family and everyone involved.

According to director Bong Joon Ho, the house was designed with mystery in mind. The house design is supposed to have a universe of its own, a lot of mysterious spaces that characters did not know about until they explored it. This, in the end, would lead them to realize that there had already been parasites in the house before they even arrived. 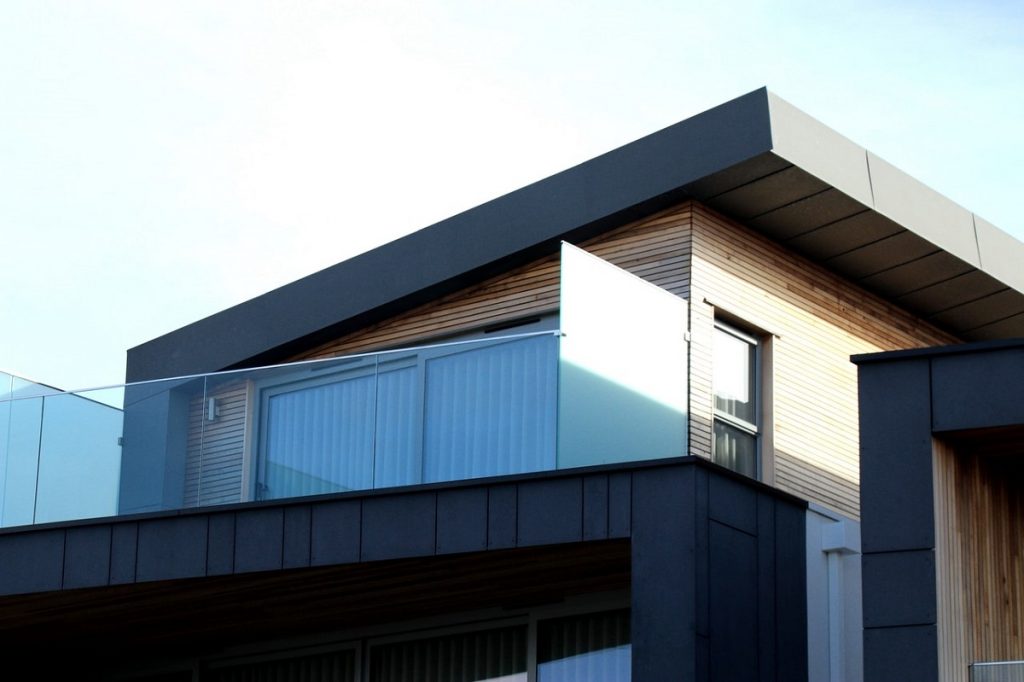 The reason why this house works well in a horror movie is because of its size and the mystery rooms embedded within it. If you think Frankenstein’s house was scary, this is also just as bad. A house that was built to have hidden rooms for the fun of it, without telling the new homeowners where these rooms were, is already sketchy. This brings us back to our point that a labyrinth-like house is a perfect vessel for horror films, as this creates hiding spaces for what can become sinister. In the movie Parasite, this creates the perfect atmosphere for characters to take advantage of these hidden spaces.

In essence, the labyrinth house in itself is not scary. It’s just that it can become unsettling under certain circumstances. A big house plus people with ill intent can certainly turn any house into a horror scene.

Interestingly, Parasite is not the only movie to have come up with growing its horror appeal through the lens of the house the characters are in. Another thriller that also utilized the elements of house design in storytelling is the sci-fi thriller Ex Machina.

Can This Mean Modern Houses Become a Nightmare?

The short answer is no. Even though the horror film uses the elements of modern house design contrary to the stereotyped “horror house” to appeal to its audience, do remember that this, in the end, is all fiction.

The Parasite house in itself is a work of art. The unconventional way of telling a story through the use of a modern house is genius and breaks the stereotype of horror films set in houses. It is also a perfect home for people who like to spice things up in their homes or those who value privacy.

This house has become an architectural inspiration to some people who aspire to own a modern-style home. It’s perfectly understandable since the house is a beautifully designed one if you take away what happens in the movie. It’s chic, luxurious, and simple. It’s the kind of house that a lot of people are interested in having these days. If you’re planning to build or redesign a home, tell your architect that you’d like to have a Parasite-inspired house design.